Today’s pop industry cheats songwriters – and deters the risk-taking that made Abba - The Guardian apple.news/AFIeZwpKuTGW_z…

I just published The Executioner link.medium.com/Tu4bG6anvfb

My instrumentals albums on @Spotify :) open.spotify.com/artist/6ufNg…

I said this myself ages ago, when I first saw this tweet by NDG, but then his lemmings attacked me. Science is a method for finding truths, it’s not true in an of itself. twitter.com/steak_umm/stat… 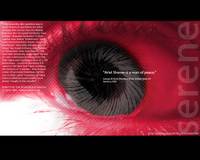 Well, since the picture upload option does work. I might as well subvert it to my apparently good intentions. Here you go.

The full text, in case you can’t read it in the pic – is this:

“…the cowardly, idle, spineless way in which American journalists are lobotomising their stories from the Middle East, how the “occupied territories” have become “disputed territories” in their reports, how Jewish “settlements” have been transformed inot Jewish “neighbourhoods”, how Arab militants are “terrorists” but Israeli militants only “fanatics” or “extremists”, how Ariel Sharon – the man held “peronsally responsible” by Israel’s own commissioner’s inquiry for the 1982 Sabra & Chatila massacre of 1,700 Palestinians – could be described in a report in the New York Times as having the instincts of “a warrior”. How the execution of surviving Palestinian fighters was so often called “mopping up”. How civilians killed by Israeli soldiers were always “caught in the crossfire”…”